In 2000, Michael Alder established his law firm with one goal: To obtain the best results possible for clients who had been injured through the fault of others. Mr. Alder soon earned a reputation as one of the best trial attorneys in California, routinely receiving record settlements and verdicts. Indeed, he is the youngest person ever to be named “Trial Lawyer of the Year” by the Consumer Attorney Association of Los Angeles (CAALA) and in 2014 received the Clay Award and was named personal injury “California Attorney of the Year” by California Lawyer. Mr. Alder is also the only attorney in the country ever to have 3 verdicts listed in Verdict Search’s “Top 100 Verdicts of the Year” ($39.4 million; $33 million; and $29.1 million). He is a past president of CAALA, a member of ABOTA since 2003, and a frequent speaker at seminars on trial strategy. Year after year, Mr. Alder has continued to obtain unparalleled results for his clients, and since 2000, over $1 billion has been awarded to AlderLaw’s clients.

As Mr. Alder’s practice grew, he added attorneys who shared his same vision to represent injured plaintiffs and achieve the best results for the firm’s clients. Six AlderLaw attorneys were named as 2018 Southern California SuperLawyers while another five were named as 2018 Southern California Rising Stars. In addition, over half of the attorneys at AlderLaw have been trial counsel in cases that resulted in 7 figure verdicts.

AlderLaw has grown from a solo practice to a firm of 12 attorneys, each highly skilled and trained to obtain the best results possible for their clients, whether it be through settlement or at trial. 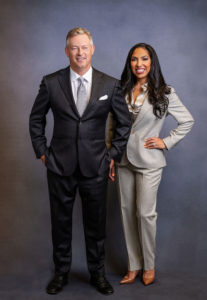 Throughout his career, Mr. Alder has consistently recognized the need to give back to others. He is a founder of Los Angeles Trial Lawyers Charities (TLC) and served as its president in 2018. AlderLaw attorney Daniel DeSantis also serves on TLC’s Board of Directors, and all attorneys at AlderLaw are active in giving back to the community through this charity that focuses on issues related to education, battered women, and homelessness. Mr. Alder is also a member of the Board of the non-profit Inner City Law Center. He and attorney Alexis Domb recently represented indigent clients pro bono in a trial against a slum lord where they obtained a 7-figure verdict that included punitive damages against the defendant.

Go to Top
Call us!